“What I do is help people get profoundly connected to the truth of who they are.” 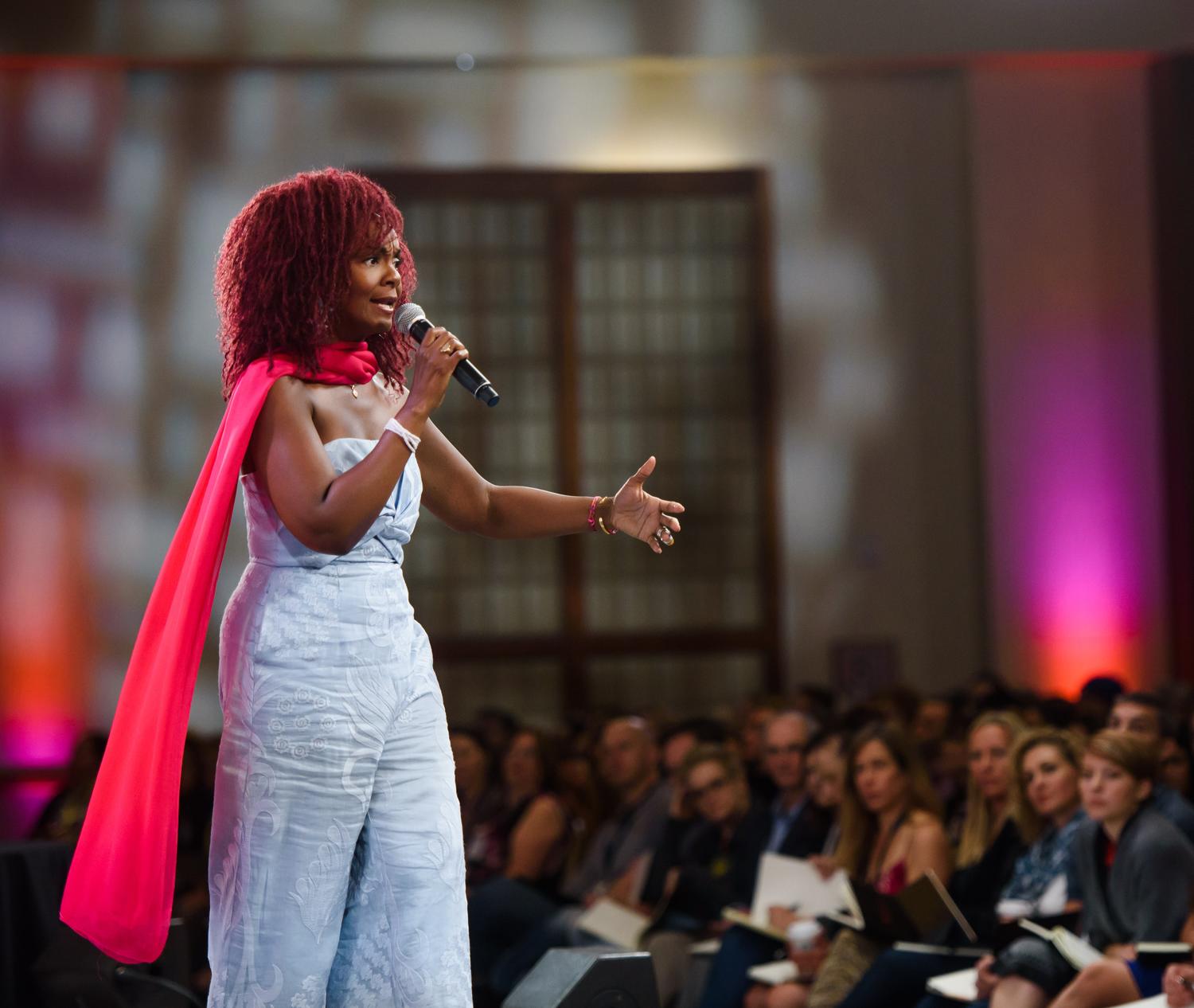 As a veteran performing artist, social entrepreneur and creative change agent, Rha’s keynote presentations and trainings are truth telling, activating and uplifting. Her talks incorporate over 30 years of front line experience working at the intersection of personal transformation, leadership development, organizational growth and cultural innovation. She has spoken to thousands of individuals on how to Stay True, Get Paid, and Do Good in a way that is authentic, inclusive, and needle-moving.

A sought-after speaker , entrepreneurial soul coach and internationally acclaimed performance artist and activist, Rha Goddess has led the conversation around a “whole self” approach to entrepreneurship and leadership as the key to a more just and sustainable economy and culture. Her talks and trainings incorporate over 30 years of front line experience working at the intersection of personal transformation, leadership development, organizational growth and cultural innovation. Through this work Rha has cultivated and leveraged an innovative  approach to support leadership development and organizational transformation initiatives for: Fidelity, KBL- Eisner,  Deloitte, AICPA, Harris & Rothenberg International, Girls Who Code, The Ford Foundation, The Nathan Cummings Foundation, The Leeway Foundation, The Embrey Foundation, Omega Institute, The Center for Court Innovation, NY Cares, NY Foundation for the Arts, Project Renewal, Detroit Future Initiative, the Animating Democracy Initiative, The League, Hi Arts, and Coro Leadership NY among others.  In addition to her organizational development work, Rha has also helped support and scale luminaries such as Eren Ozmen, India Arie, Reshma Saujani, Gabrielle Bernstein and Alisa Vitti.

In 2008, Rha received the National Museum of Voting Rights prestigious Freedom Flame Award (also awarded to Civil Rights pioneer and late Congressman John Lewis) and in 2009 she was awarded the Herb Alpert’s Hedgebrook Prize. Later that year, the White House invited her to participate as part of a special delegation of nationally recognized cultural change agents in a dialogue on civic participation.  During that same year, she was chosen as a Cultural Envoy by the US State Department to Rwanda. As a creative change agent, her work has earned critical acclaim from international media such as Time Magazine, Ms. Magazine, Interview, Essence, Variety, and the Source Magazine  among others. In 2014, Rha was chosen as a Top 10 Influencer by Muses & Visionaries Magazine along with Sheryl Wudunn, author of Half The Sky: Turning Oppression Into Opportunity For Women Worldwide. In 2018, she was chosen by Essence Magazine as One of 50 Founders to Watch.

Rha has spoken to thousands of individuals on how to Stay True, Get Paid, and Do Good in a way that is authentic, inclusive, and needle-moving.  She has presented at PowerToFly, S.H.E. Summit, Bioneers, Social Venture Network (SVN), Women Donors Network, Equity Now, Netroots Nation, Entrepreneurs Organization, Harvard Divinity School, TedX BroadStreet, Emerging Women and more.

Move The Crowd is a full service training company specializing in personal growth, leadership development, and business strategy. In addition to Rha’s training, she is available to keynote, host a fireside chat or moderate a roundtable on the following topics:

Rising In The Midst of Chaos: Reimagining Power… Redefining Success

We are living in a time where all of us are waking up to what’s happening in the world. And as we awaken, each of us is being called to reconsider our views on what power and success really mean. We’re being challenged to look at our families, organizations and institutions and within those halls—who has been entitled to achieve versus who hasn’t. We are being invited to revisit what we thought was “true” about things we’ve taken for granted—from the quality of our leadership to the potential of our children. But nowhere are we more challenged, or more called, than in how we’re being forced to look at ourselves—who we are versus who we want to be. We’re being asked to defy the odds and push against the status quo in honor of a more authentic and powerful existence. What will it take for each of us to rise and meet this moment?  Join Move The Crowd Founder & CEO Rha Goddess in a courageous conversation about what it means to really change the game by aspiring to a new level of greatness and integrity.

You Are Called: Moving From Bystander to Ally In The Age Of The Citizen

As we embark upon a new decade more people are waking up to the harsh and uncompromising realities of our world and asking - “How can I be a part of the solution instead of part of the problem?“ Those of us who are passionate about a more just, harmonious and sustainable planet have an unprecedented opportunity to engage those who would never identify themselves as activists or change agents, yet who carry a deep concern about the current state of our world and a deep desire to make a difference in the lives of others. How do we activate these newly awakened souls in a way that invites them into their full potential? How do we help them cultivate the courage to stand in their values and affect real change? What is our opportunity as leaders to equip people with the capacity to dream and aspire, to find and pursue their callings as they give voice to their own unique brand of contribution?  How can they be inspired to create lasting change?  Join Founder & CEO of Move The Crowd, Rha Goddess in a provocative and uplifting conversation of what it means to be alive and awake in The Age Of The Citizen.

Hearing The Call, Having The Courage To Answer

Every single one of us has a calling. Whether we recognize or not, whether we believe we are capable of it or not; yes, even whether we like it or not. There is something that each of us is here to do and be in this world that only we can do and be. It lives in the center of our most authentic selves, it represents our highest contribution and it creates our greatest impact. The vehicles we choose may change and evolve over time, but the call is still the call. Some of us easily identify and run towards it with open arms while others shy away, bury it, and even run in the other direction. What does it take to find and embrace this new frontier? How does it shift and change at every stage of growth and evolution in our lives? What are the 3 most common concerns that plague our ability to answer? And what is available to us and our respective and collective families, businesses, communities and worlds if we do? In this keynote, Rha Goddess, Founder & CEO of Move The Crowd takes us on a soul-searching expedition, through the lens of personal story and deep inquiry to discover our own unique invitation to rise into the truth of who we really are in service to the difference we are here to make in this world.

Move The Crowd is focused on the following strategic initiatives to support leaders in this pivotal time that we are in:

Developed in collaboration with Corey S. Kupfer, longtime Move the Crowd Advisor, Founder of Conversations About Race and the author of Authentic Negotiating.  This initiative is dedicated to helping White people who seek to work towards a more just and sustainable world, heal the false constructs of privilege and supremacy. Central to this work is an emphasis on re-humanization and the holding of sacred space for those who have wanted to make a difference but who have felt too afraid, unclear or emotionally challenged to lean into the work. The initiative embodies an online assessment tool, 12 module digital course, a live/virtual retreat and a high level mastermind. We are blessed to have an extensive community of world class coaches, scholars and facilitators who will contribute their unique perspectives and support engagement in various industries and communities as we launch.

nFormation is an App based initiative designed to provide safe space and C-Suite and Board level advancement opportunities for high achieving Women Of Color Executives. Dubbed as the firsts, fews and onlys, nFormation seeks to help WOC meet this unprecedented moment of leadership by stepping into their full voice, full power and highest contribution. Co-Founded by Rha Goddess and retired Deloitte Partner Deepa Purushothaman (who was the first Indian woman to achieve managing partner status at Deloitte), the aim of nFormation is to address the deep sense of isolation so many high achieving WOC feel while also preparing them to lead in new ways as they seek to not just join the table, but actually change the game. For more information, click HERE. 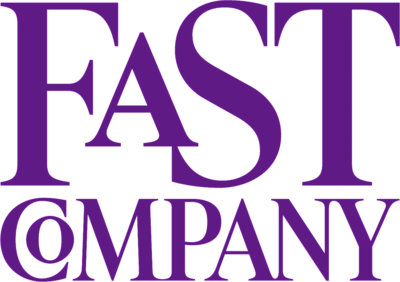 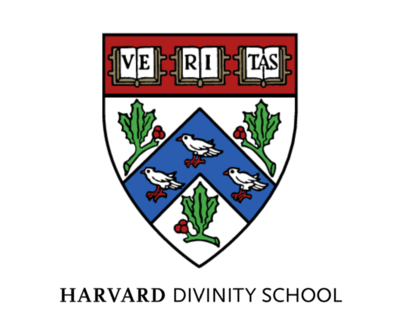 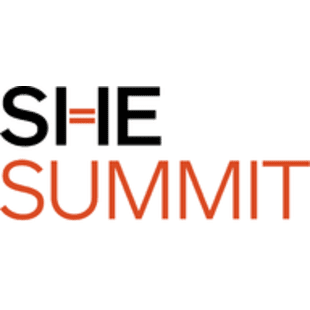 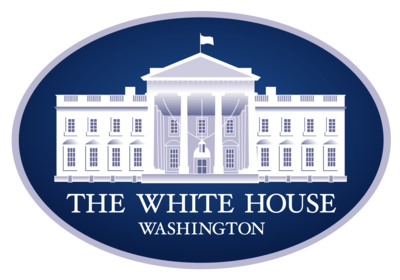 "I have been participating in the Diversity Reboot the past two days and the presentation we just heard from Rha Goddess absolutely blew me away. [...] I just wanted to take time to thank you and the rest of the team for putting this together. Rha's talk was incredible and ironically something I really needed to hear for my own personal journey right now."

The Calling: 3 Fundamental Shifts to Stay True, Get Paid, and Do Good

The Calling (St. Martin's Press) represents the culmination of over 30 years of Rha’s frontline experience in supporting change agents from all walks of life in reaching for and realizing their true purpose and potential in a way that is both profitable and impactful. From the top woman in the world in Aerospace to a Warrior Woman in a Battered Women’s Shelter on the Lower East Side of Manhattan, The Calling is a transformative guide written for those who know that they are here to do and be more in this world. Organized around the 3 fundamental commitments: Stay True. Get Paid. Do Good., this book addresses the deep seated concerns that often plague our society and personally challenge our ability to show up for the things in our life and our world that really matter. 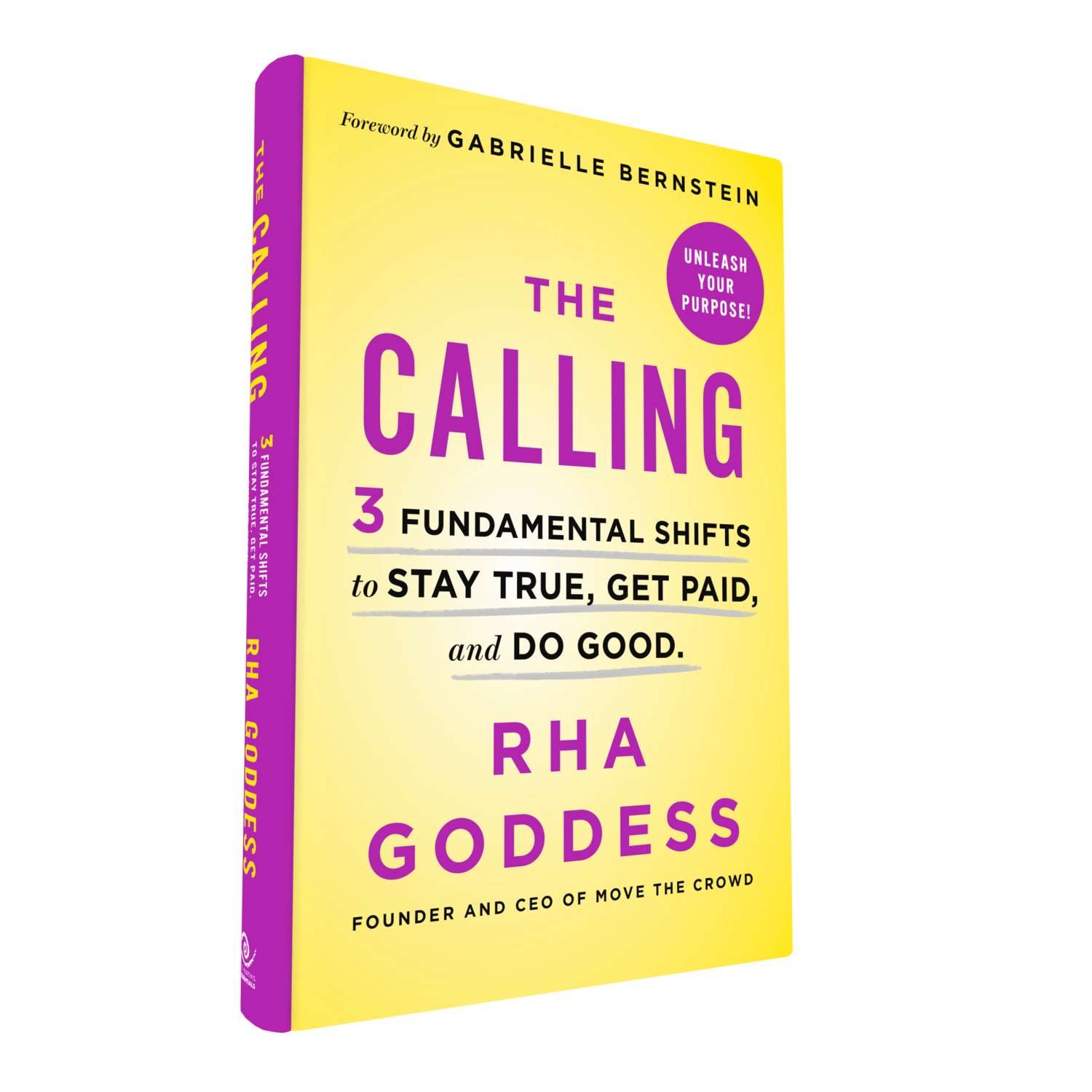 Rha Goddess has been featured in a number of highly thought provoking podcasts as part of her 2020 The Calling Book Tour. Click on an image below to access a recent podcast recording: 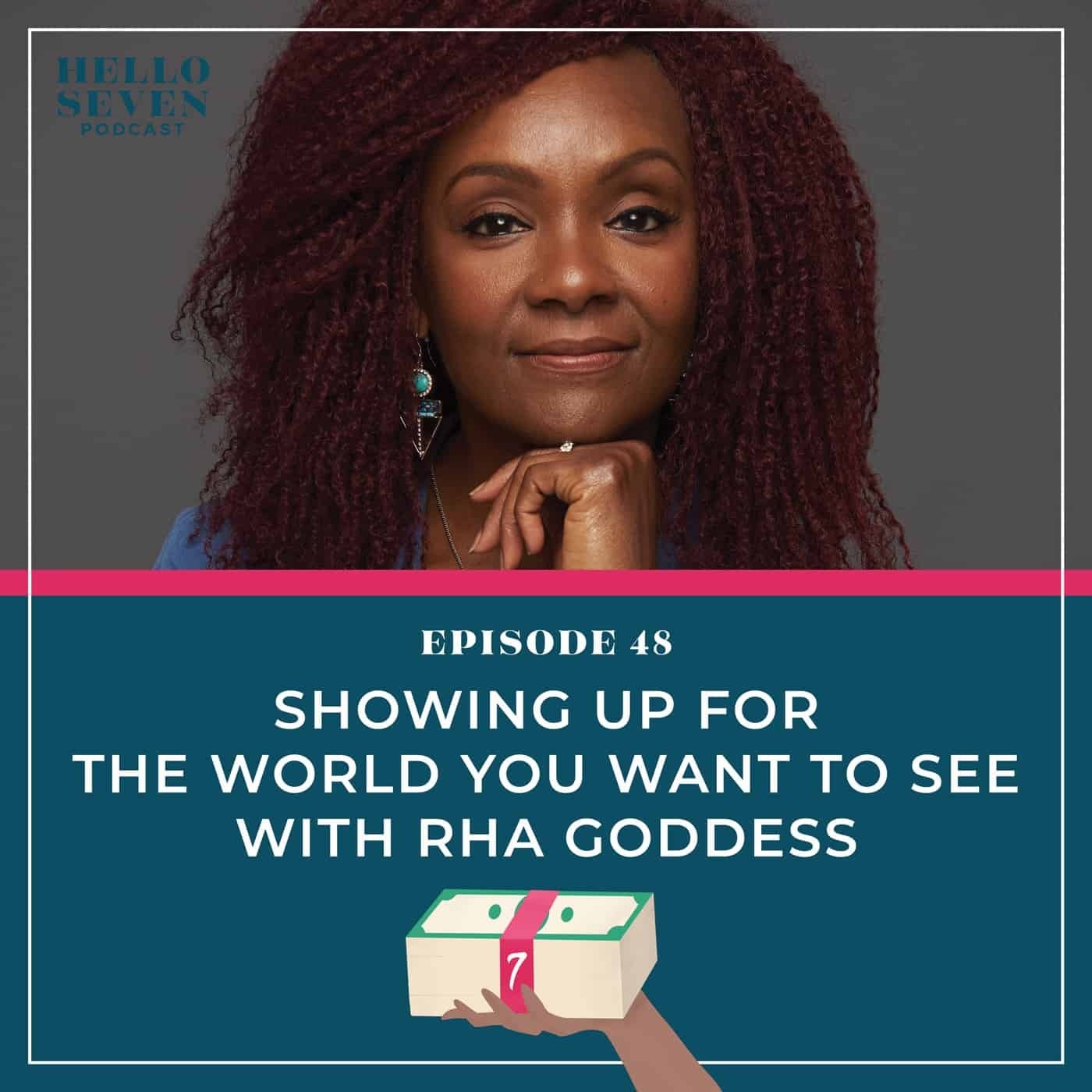 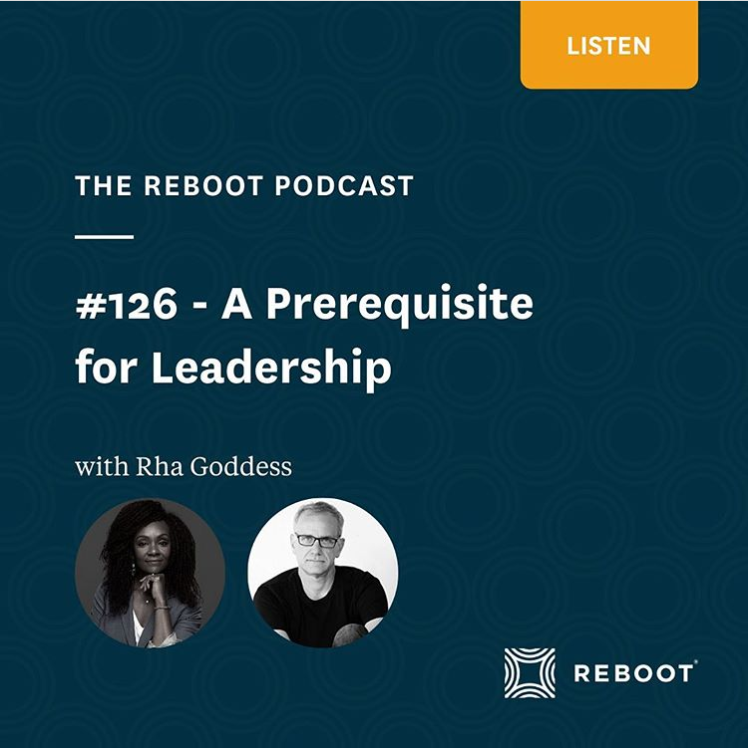 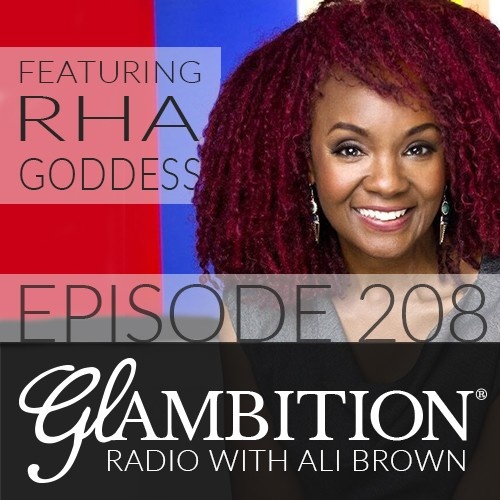 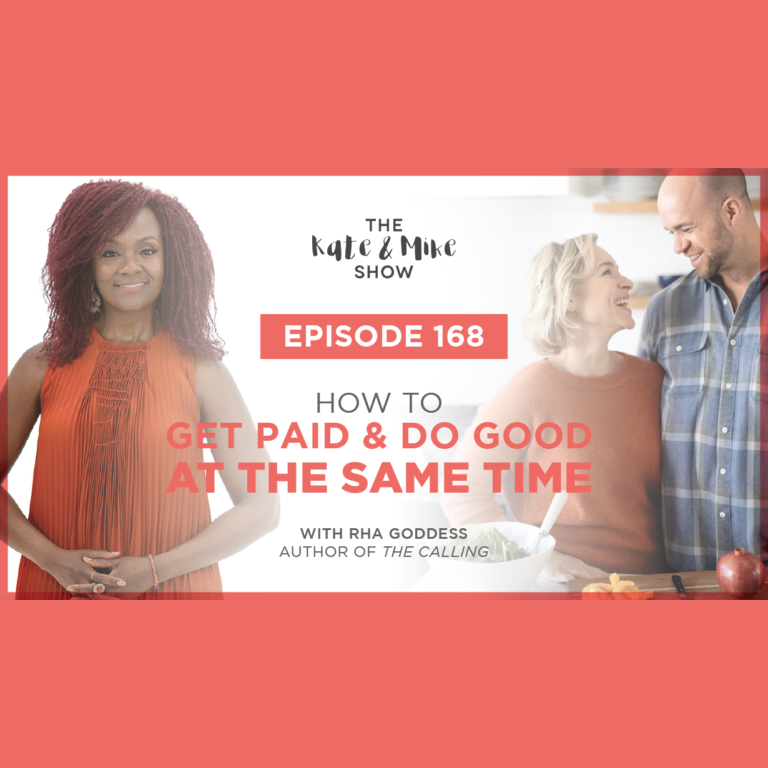 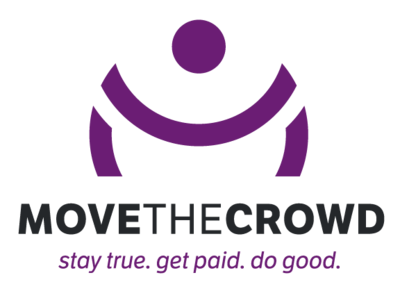